David Stringer | I thought that now would be the perfect time to make a new start!

We were recently lucky enough to speak to the talented Dave Stringer, author of the charming children’s book, Charlie Jack! He spoke to us a little about his writing journey, how to overcome rejection, the process of the book and why he wrote it and his advice to any new and aspiring authors!

My true ambitions when I left school was to go onto art school and to pursue my desires on becoming a cartoonist, but family commitments at the time took me into a different direction.

I was born in Leeds, West Yorkshire in 1948, left school at 15, then went on to work in engineering for all my working life until my retirement in 2013 at the age of 65. I have been lucky enough to have a fairly good and healthy life and worked hard to bring up a family of 5 children and 11 grandchildren. During my working career as an engineer, I have had some small successes with my cartoons and jokes being published in newspapers, magazines and books (could never give up my day job though).

Now that I’ve finally retired from working life, I thought that now would be the perfect time to make a new start. (It’s never too late to be what you want to be, . . . unless you want to be younger, . . . then you’re done for.) Now that I’ve reached the golden age of retirement, I decided to diversify and write children’s stories and to do cartoon illustrations that the kids would like (just like when my kids were little, this gave us all lots of happy memories.)

Where did I get the idea for a disabled dog in the book?

My idea to create this Charlie Jack character was to show that disability in whatever shape or form shouldn’t be of a negative role. Having handicaps doesn’t always have to be portrayed as a special case.

“We are all a little broken, . . . but the last time I checked, broken crayons still colour the same”.

The Charlie Jack character creates a feeling of understanding and acceptance for disability, he has his own individual talents, strengths and weaknesses (just like us all) and shows to be a positive, constructive role model for children. 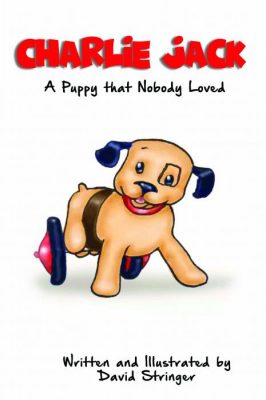 Moral of the story?

I will be putting a series of individual stories together that leads into a wonderful finale. The moral of the stories is to show the importance of compassion and accepting differences in both animals and people. Charlie Jack will be inspiring others to be like him.

Where did the name of the book come from?

After I wrote the first story, I had to decide what to name this little character. The first two names that I had in my head was, Scooter or Snatch, but because we seemed to have a trend of old names coming back into the new baby frame. I decided on Charlie and Jack, so I put them both together and came up with Charlie Jack, it seemed to have a nice ring to it.

How long did it take to write the book?

Writing the book was challenging, I’ve not ever done this sort of thing before, but one day when I was sat at my kitchen table drawing cartoon strips, I drew this little puppy and thought “Hey! This character needs to be brought to life.” So I just started writing and writing.

The time flew by, I was so inspired at what I was writing, and I had to constantly read and re-read every word ( we can be the worst critic of our own work.)

How would you explain to new authors about rejection?

If you don’t get accepted, then you will have to experience rejection.

You will not always get a reason, but learn to take it on the chin. Maybe you sent your story to the wrong house, or it landed on the wrong desk. Maybe they have missed their opportunity. Re-read your story again with different eyes, maybe you’ve missed something, (sometimes you have to go through the worst to get to the best. Be patient your day will come.) Good things happen when the time is right!

Do I have any advice for new writers?

My advice to new writers is, have the courage to chase your dreams. Buy a good thesaurus! (I recently bought a thesaurus, but when I got home and opened it, all the pages were blank, . . . I have no words to describe how angry I was.)

When I finished my first story of Charlie Jack, I tried various publishing houses and also entered writing competitions. I had to suffer rejection after rejection, but one has to soldier on until the time is right (one day you will wake up, and realize there isn’t any more time left to do the things you’ve always wanted to do.) So, DO IT NOW! 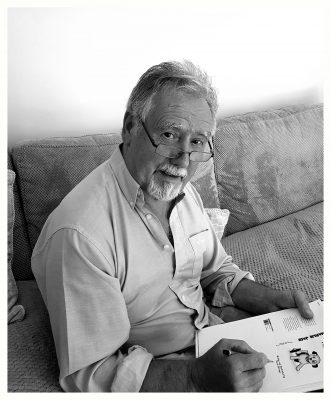 Today we're proud to feature the wonderful Charlotte Sebag-Montefiore, author of the Who Am I? Book of Riddles series, and the soon-to-be-published Herbie and the T.rex!Charlotte has very kindly written a guest post in the form of a short story themed perfectly for Halloween, enjoy!

H. A. Cowan | Never in my wildest dreams ever imagined I would be a published author

We were recently lucky enough to speak to the talented H. A. Cowan, author of the charming fantasy novel, Zeelandia and the Gateway Stone! He spoke to us a little about his writing journey, the process of the book and why he wrote it and how he felt when he opened his box of books and held his novel for the first time!

Do you want to publish with Olympia Publishers?